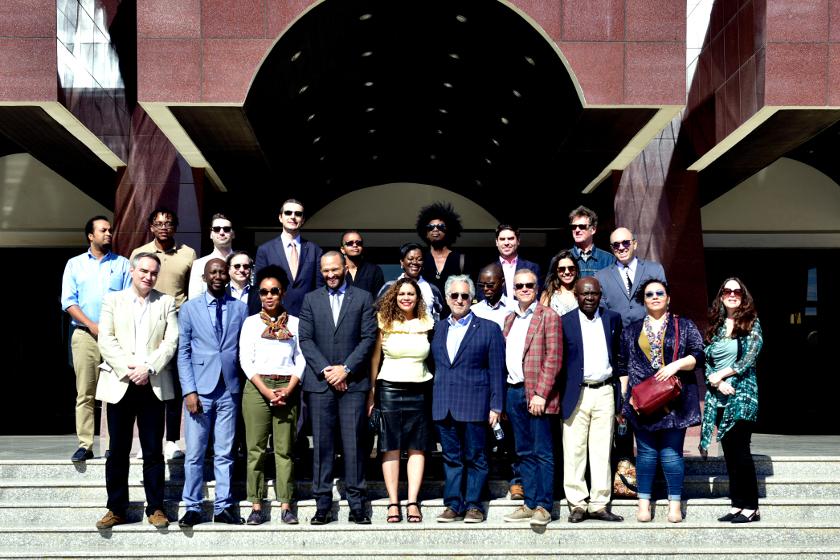 On January 28th, the Cabo Verde Ministry of Culture and Creative Industries, as well as the City of Praia welcomed members of the CIAM Executive Committee (Exco).

Organised by the Cape Verdean Music Society (SCM), the meetings were focused on how Cabo Verdean and Praia governments are working to support creators and creative industries. The country has made progress in improving legislation and the regulatory framework. It has enacted a collective management law that is empowering collective management by requiring creators to join a society, in order explain and manage those rights. Significant progress has been made in recent years, according to the Minister of Culture Abraão Vicente, thanks to the efforts of SCM and its CEO Solange Cesarovna.

CIAM also met with officials of the City of Praia, being received by Cultural Councillor António Lopes, who represented the Mayor. Mr Lopes expressed the city’s support of creators having to receive payment for their work. The city has understood it has additional responsibilities since receiving recognition by UNESCO as one of the Creative Cities of Music in 2018. The government of Praia will shortly be signing an agreement with SCM to formally support the society in its efforts to improve the situation of Cabo Verdean creators.

CIAM’s Executive Committee was able to take the opportunity to clarify the impact of transfer of value. They responded to questions by the Ministry of Culture and government about how the proposed Copyright Directive in the European Union could impact countries and creators outside of Europe.